Outdoor Retailers (OR) is Salt Lake City’s most anticipated and largest annual convention, and the ‘Di’namik’ Bouldering Championship had competitors literally climbing the walls.

The Front Climbing Club hosts ‘Di’namik’ – a short and powerful bouldering challenge, to test contenders’ acuity and stamina. Celebrating its fifth year, the contest drew the experienced from their typically steep habitats to not only compete, but gasp at the newly remodeled and impressive 35,000-square feet gym and open wall space.

Open to all, Di’namik is anything but elitist. In fact, it’s a guaranteed ego leveler/deflator for the unprepared, when pitted against the world’s most experienced climbers with their gnarly calves and sculpted deltoid muscles.

Onlookers were entertained and fueled – because standing and gasping is tiring and sure works up an appetite! Free and delicious snacks were offered by the generous folk at Lucky Slice Pizza, Komrades, Beehive Distillery, Mamachari Kombucha and Red Rock Brewing. A vibrant light show and DJ beats had a dizzying effect on the crowd, but couldn’t shift the steely focus of the competitors.

Competitors are required to finish three separate climbs within four minutes to qualify. Earlier side-by-side heats whittled the finalists to a pack of twelve, who were provided with a blink-and-you’ll-miss-it preview of the ‘problems’, offering little time to strategize beforehand. Nimble, razor-sharp-thinking mountaineers who scale a the problem in their first attempt are duly awarded full points for ‘flashing a problem’.

The first of the men’s problems required all participants dig deep with a taxing move, involving a tight wall grip while executing a swing; but the third women’s situation was where disbelieving eyes were rubbed and minds blown. Fourteen-year old, Sami Singleton summoned supreme strength, propelling her body with such precision, she was able to tightly grip two pinches while her pendulous legs swayed from the momentum. Humbled onlookers’ jaws, cameras and phones dropped while marveling at the athleticism.

Sponsors awarded the grateful crowd with many a prize before announcing the victors. Alex Puccio – one of the world’s best female climbers, took the women’s crown, while Matt Fultz – a previous Psicobloc competitor , was deemed the men’s winner. Alex and Matt each went home two thousand dollars richer. As the crowd funneled out of The Front Climbing Club’s sleek contemporary shell, Di’namik 2018 was already the hot topic of conversation amongst the thrill seeking set.

Utah is home to some of the world’s elite and most adventurous athletes, as well as humble powder hounds and everyday hustling hikers. Contact us at the Muve Group on 801.474.2274 to obtain your little slice of heaven and get amongst it. 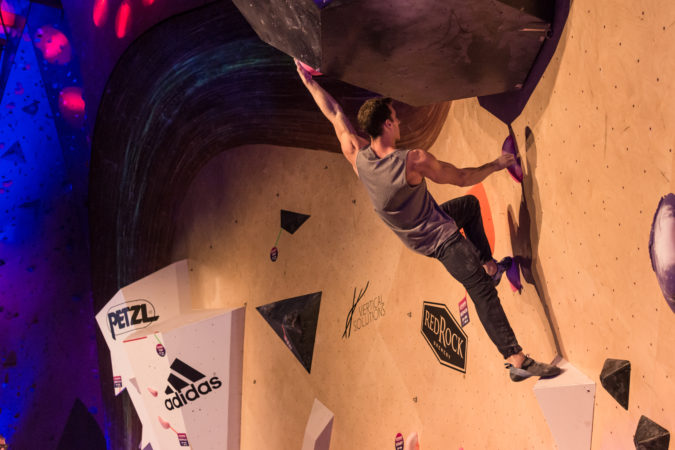 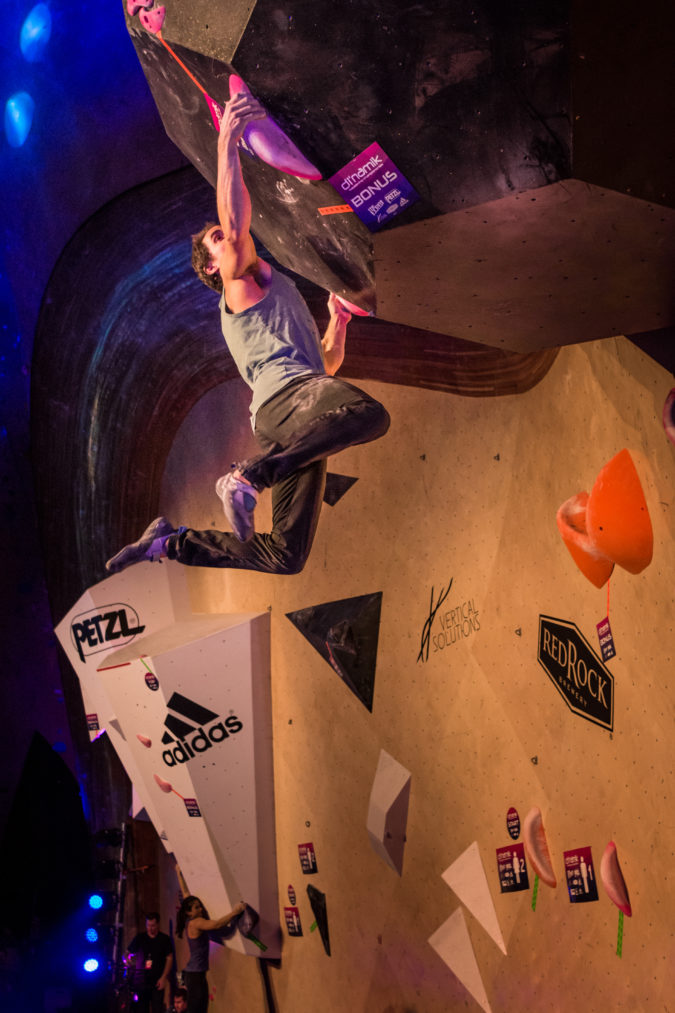 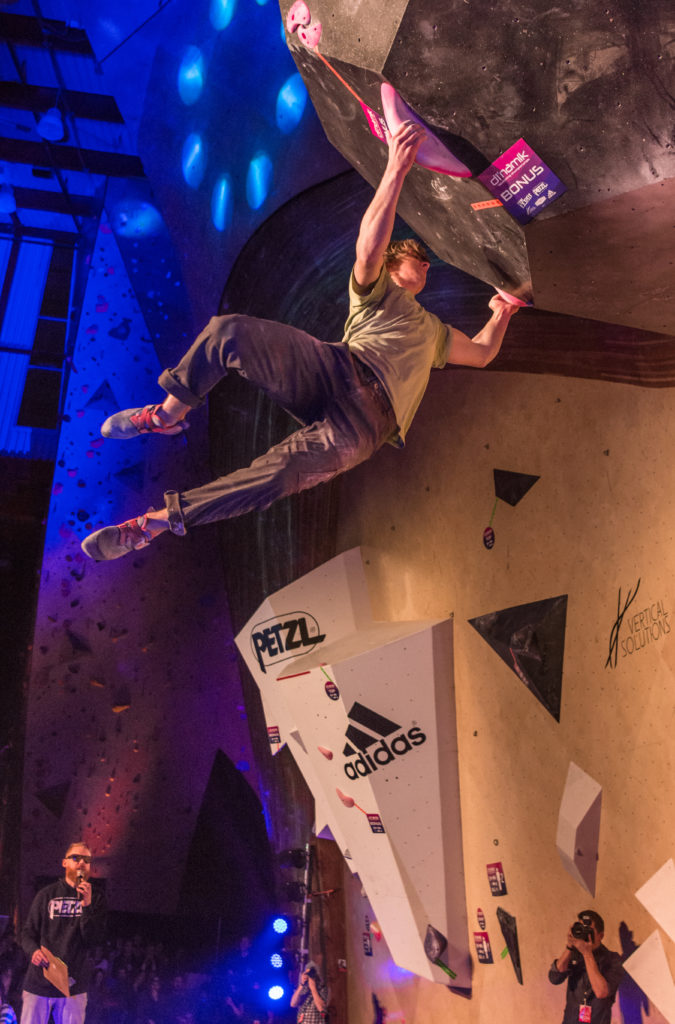 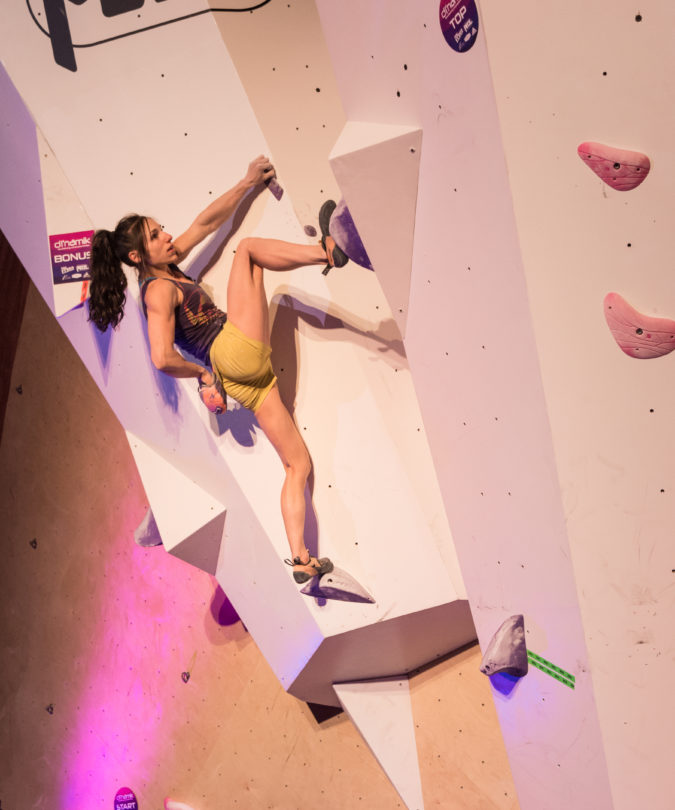 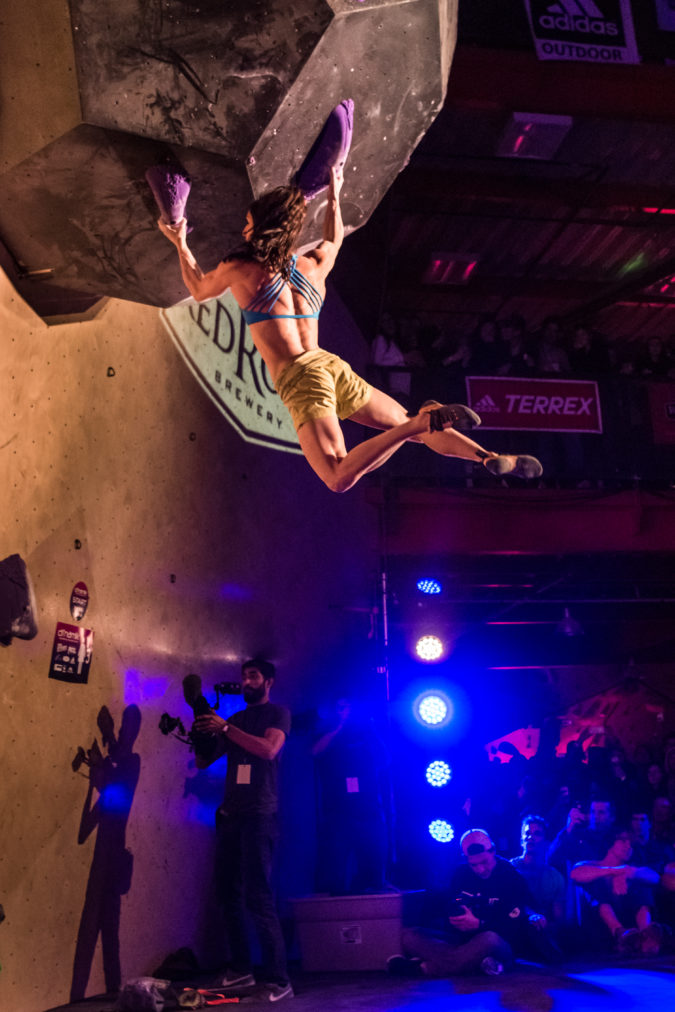 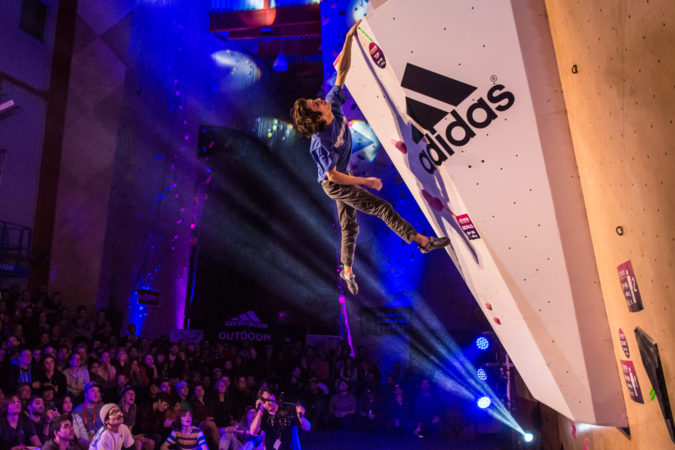 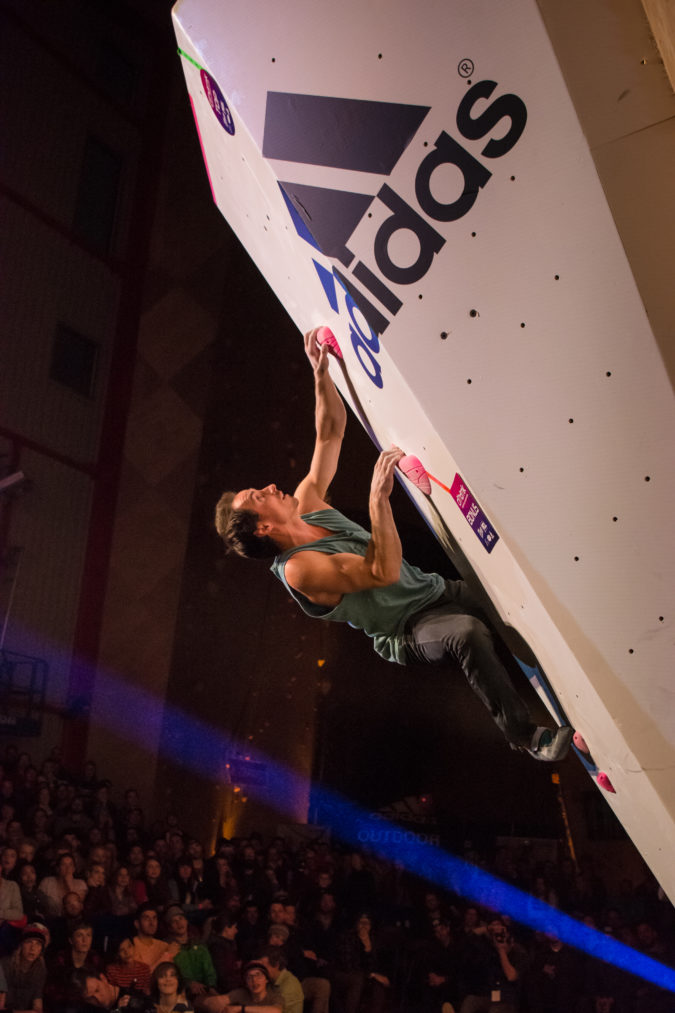 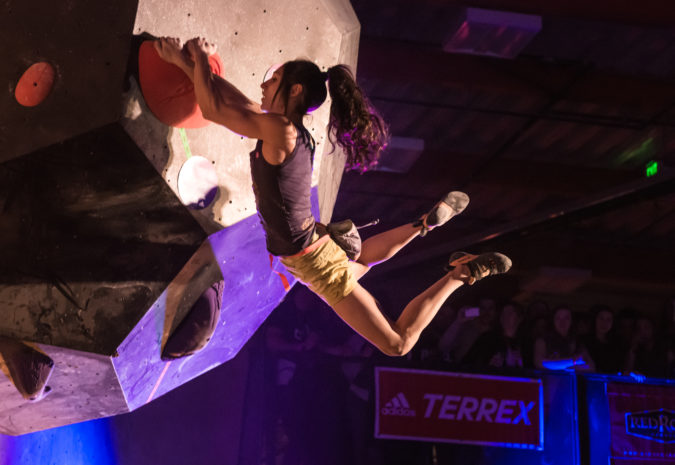 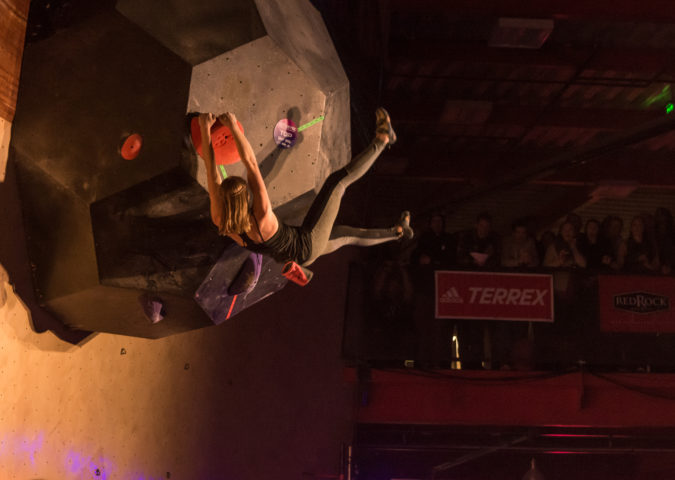 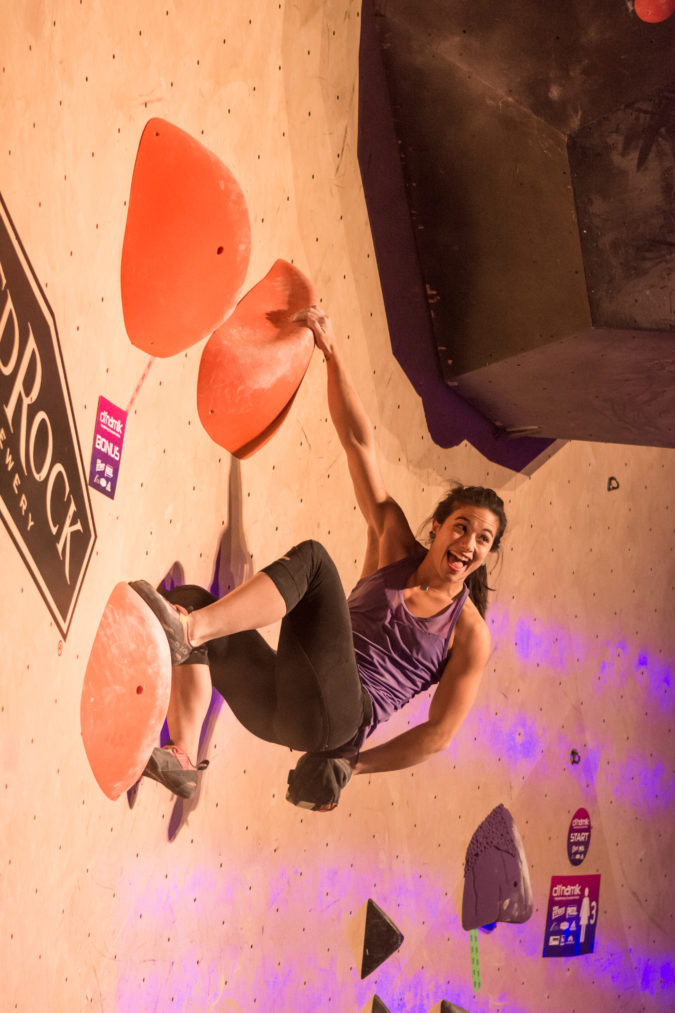 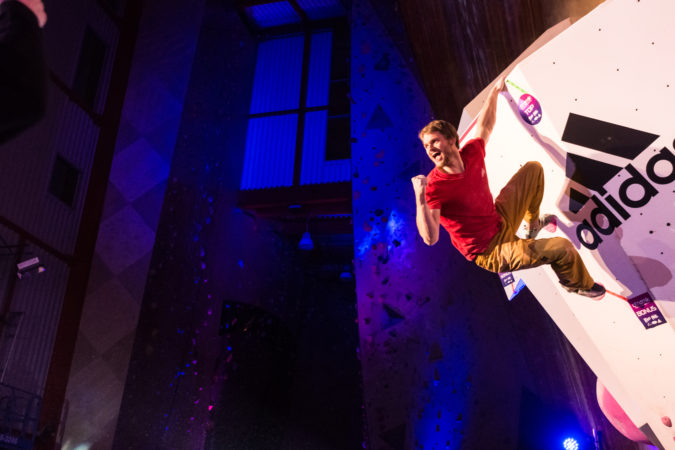 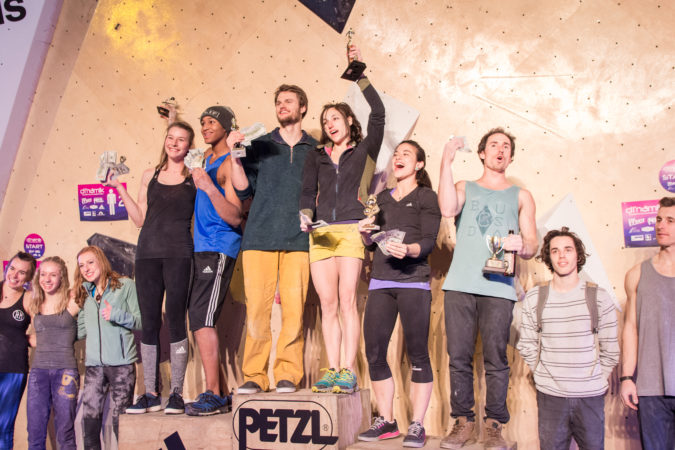